What is the opposite of love?

What is the opposite of love?

What would your answer be?  Most of us might say hate, but let me be devil’s advocate, how about fear? We have so many fears: we fear what we don’t understand, a belief, a culture, a religion, a way of thinking, something that goes beyond our experience, knowledge and understanding. Fear can result in judgement, prejudice, hatred and bigotry, and is the root of so much pain and injustice. It can be all consuming, at times, even paralysing and can keep us in a basic place emotionally with feelings of anxiety, confusion, helplessness and even despair. It allows us to be controlled, influenced, and, at times even manipulated by social media, advertising, newspapers, the news and the opinions and views of others. And all of these things drive out love, erecting barriers between us and other people.

The media play a significant role in generating fear, the fear of not having enough or of not being good enough. Social media, particularly of late, has been stirring some people up, encouraging them to make choices and take decisions, but unaware of this influence. These choices are influenced by those, who in turn, influence social media. We watch the TV, read newspapers, look at social media posts, and we begin to think differently, as the creators of these stories want us to think – but it’s not who we are.

I read recently how the social media algorithms manipulate us extremely well due to all the information they hold on us. Advertising slogans can almost reprogramme our minds and hypnotise us. What a frightening thought. All this can encourage a sense of selfishness, looking out for ‘numero uno’, and leading us away from love, and towards fear.

I worked with some incredibly resilient parents and families in my role as Headteacher. The school sat in an area of recognised disadvantage and working so closely with families was such a privilege. It gave me some understanding of how challenging life can be for so many who live in poverty and with social and emotional difficulties.

I vividly recall being told that there was a dad waiting to see me, I’ll call him John. My initial reaction was, it’ll be a complaint. I went out to meet the parent and saw a tall guy, with a shaved head, except for a green mohican, dressed completely in black with toe spiked boots and he had several facial piercings. As I approached him, I could feel myself become anxious, I was frightened of him. I had only ever seen men like this in movies, in newspapers or in news reports and generally their roles were never kind and gentle.

What a life lesson that encounter was. There was no complaint, he was worried about his children. As we talked, I began to understand why he dressed like that. He needed to keep people at arm’s length, to frighten people and protect himself and it worked. John was a lovely, kind and caring person who wanted the best for his children. He taught me something very important that day. He was simply anxious to be a better parent than his parents had been to him, and a more loving dad.

I learned to rewrite some of my old narratives around people and situations which were so completely different to my own. I will always be so grateful to many of the families I worked with. Through a willingness to really listen, and see life from someone else’s viewpoint and with Love (although I didn’t voice that), both parties changed.

Marianne Williamson says; “Love is the one and only face that hate and fear cannot withstand” Love does not condone the actions that harm people whether themselves or others but with understanding and at times with a “tough love” approach people can learn a new way of thinking and behaving.

We are all aware that anxiety is on the rise, particularly in the last two years. Anais Nin said “Anxiety is love’s greatest killer”. There is plenty around to generate fear and anxiety, especially at the moment.

The news headlines don’t generally speak about the loving actions of others, but instead aim to keep us in a state of anxiety, fear and control. But that is changing, community spirit is becoming more prominent. The One Show’s “One Big Thank You” lifts my spirits every Thursday, affirming an individual who has gone the extra mile to support those in need. It would be wonderful if love became the focus of our world.

The word love almost always, conjures up the idea of romantic love, a candlelit dinner for two with the dozen red roses. However in Greek, there are four loves:- Eros – romantic love, Storge – family love, Philia – brotherly love and Agape – Divine/Universal love. An example of Universal love – Agape, would be donating to charity out of the goodness of your heart, doing something for someone else, even when you don’t know them. It’s a feeling within you that wants to make this world a kinder, more loving place to be. It’s taking a pot of soup round to a friend who’s having a tough time, buying a sandwich for the homeless person on the street, doing a litter pick to keep your neighbourhood tidy. All these acts of kindness demonstrate a higher love, Agape or Universal love.

Let’s not forget about self-love which is so important too. If that sounds like a step too far, then let’s practice self-care, self- acceptance and a willingness, to love ourselves. This sets us on the path of judging less, being more tolerant and accepting, listening to someone else’s experiences, perspective or belief system. Self- love isn’t selfish, it’s about knowing you have worth and that is essential. How do you truly and deeply love others, if you don’t love yourself first? One of my favourite songs is “The Greatest Love of All” and I personally prefer the George Benson version. If you haven’t listened to it, I urge you to, the words are beautiful and I truly believe if we could encourage that deep love in ourselves, for ourselves, and, encourage it in our children, this world would be a better place.

If we open our hearts and love more deeply and fully, through kindness, generosity, compassion, patience, forgiveness and service, that truly would be Divine/Universal love. In Intimate Conversations with The Divine, Caroline Myss wrote:- “Personal love is like a light bulb that lights up a room, Universal love is like the sun, lighting up the planet” If Universal love continues to grow, where would fear be in this world then? What a wonderful dream to have. 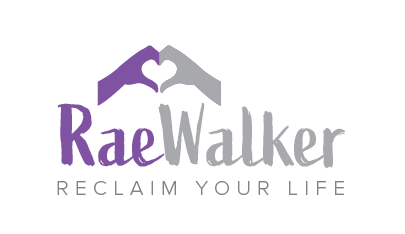